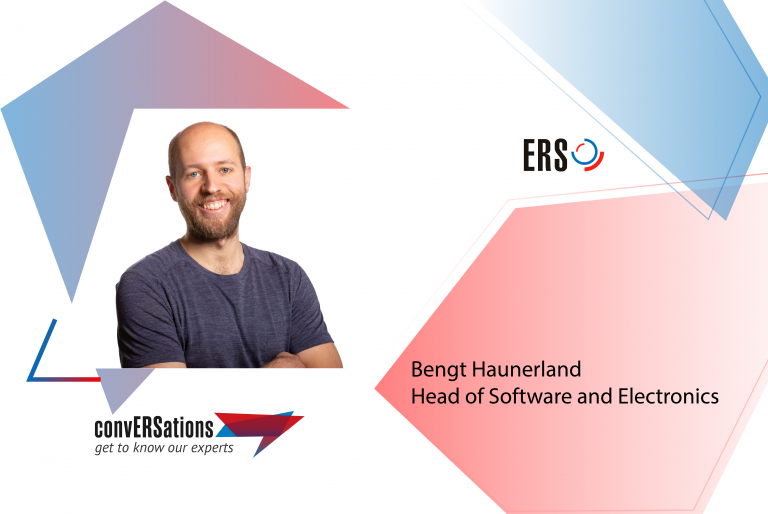 Q: You are our Head of Software and Electronics, and have been working on the development of our latest innovation, ProbeSense™, for the past two years. Where did this idea come from, and what were some of the biggest challenges in the development process?

Bengt: The project basically started with our High Temperature Accuracy chucks, which have several additional sensors that all require an accuracy of less than 50mK. Also, these sensors require periodic checking and recalibration to ensure that the accuracy is still there two, three, or even four years down the line after the precision chuck is delivered. To calibrate the chuck, we initially started with the industry standard measurement wafer; however, we had some difficulties with this because the wafer sensors didn’t always align with the chuck sensors, and the accuracy of the measurement wafer wasn’t in the range that we needed it to be. So this gave us a reason to come up with something new, and given the requirement, we then went with a single sensor design to eliminate deviation between sensors. Initially, we had started with a vacuum-based design, which was a good first step but led to some repeatability issues and required a lot of time from a service engineer to perform the calibration. So the next big challenge was finding a way to automate the process and increase the measurement repeatability. The automation basically allowed us to reduce the amount of manual labor and increase measurement repeatability.

Q: Since last year, ProbeSense™ has been extensively tested on both manufacturing and analytical probers at customer sites. What are the most notable test results, and how does it compare to other calibration options?

Bengt: I would say there are two notable results that are worth highlighting. First are the repeatability results, which show a temperature accuracy better than 30mK at the same point. In comparison with a wafer-based measurement, the alignment of the wafer is done manually, which creates some measurement variations, and additionally, you have deviating measurements from all the different sensors, so you simply can’t reach the same level of accuracy as with the ProbeSense™ and its unique sensor. We were also able to do a dynamic temperature uniformity measurement, essentially measuring the uniformity in probing conditions, in other words measuring directly under the probe card, which gives a more relevant picture of how the chuck would be used. So the uniformity following a dynamic measurement is more representative than in the case of a static one, which is a wafer-based measurement.

Q: What does a ProbeSense™ software integration in the prober entail? What exactly can be automated?

Bengt: The key parameters that we want to have control over with the software integration are the spatial position of the chuck in XYZ positions, the readout of temperature values from the chuck and ProbeSense™, and the changing of the set temperature. With all these things, we can do automated temperature uniformity measurement, a calibration of the internal chuck sensors, and an update of a temperature compensation table with an offset. Essentially the idea is what we like to call “set it and forget it”. You set it up, start the desired program, and let it automatically run through the measurement points and temperatures. The user can then come back after all the measurements are done and collect the data.

Q: What has been the feedback from customers that have tested the ProbeSense™? Are we planning any modifications for later versions?

Bengt: When testing and demonstrating ProbeSense™ for customers, we have generally received very positive feedback. They are really convinced by the concept, and some have even referred to it as a “game changer”. We are already considering the next generation of ProbeSense™ based on customer feedback. Especially for automated probers, the whole concept of having to remove the tester and placing the ProbeSense™ to do the measurement is a bit time-consuming, as you have to realign the tester afterward. So going forward we are adding some variations to the adapter plate so that it can be mounted exactly like the probe card. This would make the calibration process even easier for the customer.

Q: You recently came back from the USA after having presented ProbeSense™ at SW Test in San Diego for the first time. How was the atmosphere at the conference, and how was the experience of presenting in front of such an expert audience?

Bengt: I’d say it was a great experience to be exposed to so many people who know the industry inside and out. It’s also interesting to meet and learn from other sides of the industry, not just the equipment supplier side, which we are on. At first, it was definitely a bit intimidating to present in front of an audience with so much expertise in this area, but ultimately I could put my trust in the fact that we had solid data, a good product, and a thorough presentation. After the presentation I got positive feedback from several of the audience members at the conference, which was a good confidence boost and confirmed that ProbeSense™ is relevant and something the market needs and is looking for.

Q: Lastly, ERS recently announced its Sustainability initiative and its more sustainable thermal chuck system, the AC3 Fusion. It comes with the AC3 Fusion calculator, which you helped develop and gather the data for. What are the benefits of the system and calculator for our customers?

Bengt: So the Fusion chiller allows the user to choose between a few different modes, which can be optimized for the application. Turbo is the high-performance mode for cold test, the AC3 is the standard mode, and the Eco mode enables energy-saving. We developed these different modes because we realized that different test applications have different requirements. For example, engineering test floors will often switch between many temperatures throughout a given day and work with a broad temperature range. In this scenario, they would often require fast and quick test times, whereas other applications such as wafer-level reliability do not cycle temperatures frequently.

For this type of test, you usually spend a long time at hot temperatures, and then you return to room temperature to swap the probe card. Here you really see the benefits of being able to turn off the air and compressor to save on energy consumption and cost. Those are the extreme examples – some of the other cases aren’t going to be as black and white. So that’s where the calculator comes in. It helps you evaluate the best mode of operation for your specific test conditions. There are predefined scenarios available, or you can input your specific test temperatures, how many cycles per day, and for how long, and then it provides a cost estimate for energy consumption and heating and cooling times. This can then help inform the decision of the customer as to what mode is best suited to their use.

To learn more about ProbeSense™, watch the product introduction video.